In the above quoted Urdu couplet, the poet regrets his very existence in this life. The concept of reward and punishment in the eternal life hereafter as a result of the test man has been put through raise a question: whether, taking up the test, was a compulsion or a matter of choice. The author, Abu Yahya, in his famous book, “Jab Zindagi Shuru Hogi – When life begins” talks on this subject.

“There was an occasion when Allah offered an opportunity to all of His living creations to enjoy His company eternally in the paradise. But to be able to do so, they first had to spend some time in the world without being able to see Him. All they were supposed to do was to obey His orders, worship Him, and submit to Him without seeing Him. Governance of the world was to be temporarily handed over in trust to the beings who accepted this challenge. The beings who accepted the challenge had to show that despite being the empowered rulers they were ready to obey Him without seeing Him. Those who used this authority and free will correctly were to be rewarded with the eternal company of Allah in the paradise whereas those who failed this test were to face punishment in the hell.

All living beings got scared and stepped back. The reason was that the Paradise was beautiful but the Hell was equally terrifying! Who in his right mind would present himself for such a trial? The emotional humans opted for this test. But, the decision to go through the test from Allah was taken by the collective soul of the entire humanity. Thus, it was a pre-requisite for Allah’s ultimate standard of justice to create every single human being and ask directly about the extent of the test he or she was willing to undergo. This happened because Allah is not unfair to anyone, not even in the smallest way. That is why he first created all human beings and then unveiled his complete scheme of the test to them. Obviously, majority of the human beings were already prepared to take this test. Thus, they agreed to it being fully aware of its implications. However, for those humans who refused to take such a risk, the Almighty decided that they would take up the role of those children who die before reaching maturity. The same children will then become Ghilmán and Hoors.

Did the rest of the humanity agree to such a tough trial?

Allah showed his ultimate benevolence even in this matter. As we are aware, not everyone is tested in the same manner in the world. Each individual chose his or her trial that day. Those who had a lot of resolve chose the times of the prophets for their test. Their test was to believe in and support the prophets during those eras of widespread ignorance. The prime condition for their success was that they had to stand firm even in the face of worst opposition, to remain steadfast despite all kinds of challenges and to pass on the message of their prophets to other people. That is why there was a huge reward for them in the hereafter; however, in case they denied and rejected the prophets, they had to face a severe punishment as they had the benefit of direct guidance by the prophets. Examples of such people include Abu-Bakr, may Allah bepleased with him, on one hand, and people like Abu-Lahab on the other hand, who was one of the worst enemies of the truth.

The second, and lower, level of the test is whereby people chose to become part of the nations of the prophets after the prophets had passed away. Their test was/is to protect themselves from going astray, sectarianism, deviations, and ignorance of later times while holding steadfast to the divine law. They were/are also expected to promote good deeds and to help stop people from bad deeds. Those responsibilities were/are assigned to them as they had/have the teachings of the prophets to turn to for guidance, and because they were/are born as Muslims. Therefore, they did/do not have to pass through difficult trials to recognize the right path. It also meant that they had/have more guidance available to them compared to other people; hence, they had/have greater opportunities to reap rewards. But in case of negligence, their accountability was/is to be very tough as well. Muslims belong to this group.

The third group comprises of people who selected an even easier test. They were/are born in circumstances where they did/do not have access to any direct guidance from the prophets. Their test was/is based on the innate divine guidance present in the nature of every human being, that is, a test based on belief in Oneness of God and universal moral values. Unlike other Muslims, they were/are not subject to the tough trials of following the divine law nor of the companionship of prophets through arduous times. Obviously, their accountability is also going to be quite lenient; accordingly their risk of facing dire punishments is also low and the opportunity to reap great rewards for them is also less.

What about the prophets?

They were the ones who decided to take the toughest test. That is why they received direct guidance from Allah and the criterion for their accountability was extremely strict too. We are well aware of what happened to Prophet Jonah. He had not committed a sin; he had only reached an incorrect conclusion and acted upon it without divine approval. As a consequence, the Almighty locked him up in the belly of a fish.

The real principle that works for all of the groups is the same. Those who received more guidance will face stricter accountability and consequently, will reap either greater reward or worse punishment. Those who received lesser guidance will face lighter accountability and therefore lesser rewards or punishment. However, the decision about which of the three groups each human being belonged to was taken by human beings themselves and was not decided by the Almighty. This implies that if one received more guidance in the world, it is at his/her own request. As a consequence he/she is a candidate for high level of success as well as equally severe punishment. It means he/she has taken a huge risk and the rule that ever works is – No risk No gain.”

In response to questions from readers the author replies:

“The basis of what I wrote is found in the Qur’an. The Qur’an has stated in chapter Al-‘A`rāf (7:172) that humans were born once, before the life in this present world began. The verse clearly mentions that at one point in time all human beings were present together. The occasion is commonly known as the Covenant of Alast.

Similarly, the idea that the human beings willingly agreed to be subjected to a worldly test is also explained in the Qur’an. The chapter titled Al-‘Ahzab (33:72) clearly states that when this burden was offered to other creations, all of them declined to take it. It was only the human beings who came forward and accepted this test.

Both concepts as stated above, i.e. the presence of all human beings together in a previous life and their decision to undertake this test of their own free will are the basis of my extrapolation that each human being also chose the specific level of the test he or she wished to undergo. That is, each person chose one of the three tests: a test based on guidance found in one’s innate nature, a test based on being the direct addressee of a prophet or a test based on being amongst the followers and nation of a prophet after that prophet had passed away.

It is obvious that the tests of people in this world are not the same. We also know that Allah who repeatedly states that He does not inflict even the slightest injustice on his servants is conducting this test. How is it then possible that the absolutely just Allah would subject His servants to a test whose possible outcome includes the horrible fate of being sent to hell, without informing them beforehand of the details of the test and seeking their consent to it? It is based on these facts that I have presented this particular point of view in the book.” 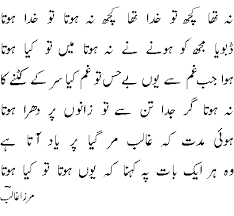